Amazon has fundamentally changed consumer shipping speed expectations. In 2017, shipping speeds of 3-5 business days were standard. With nearly 150M Amazon Prime members in the US, consumers expect all retailers to mirror the e-commerce giant’s shipping speeds or risk obsolescence. This can be seen as mass retailers attempted to either build the infrastructure or leverage traditional carriers to match Amazon’s impressive speeds of 2 days. 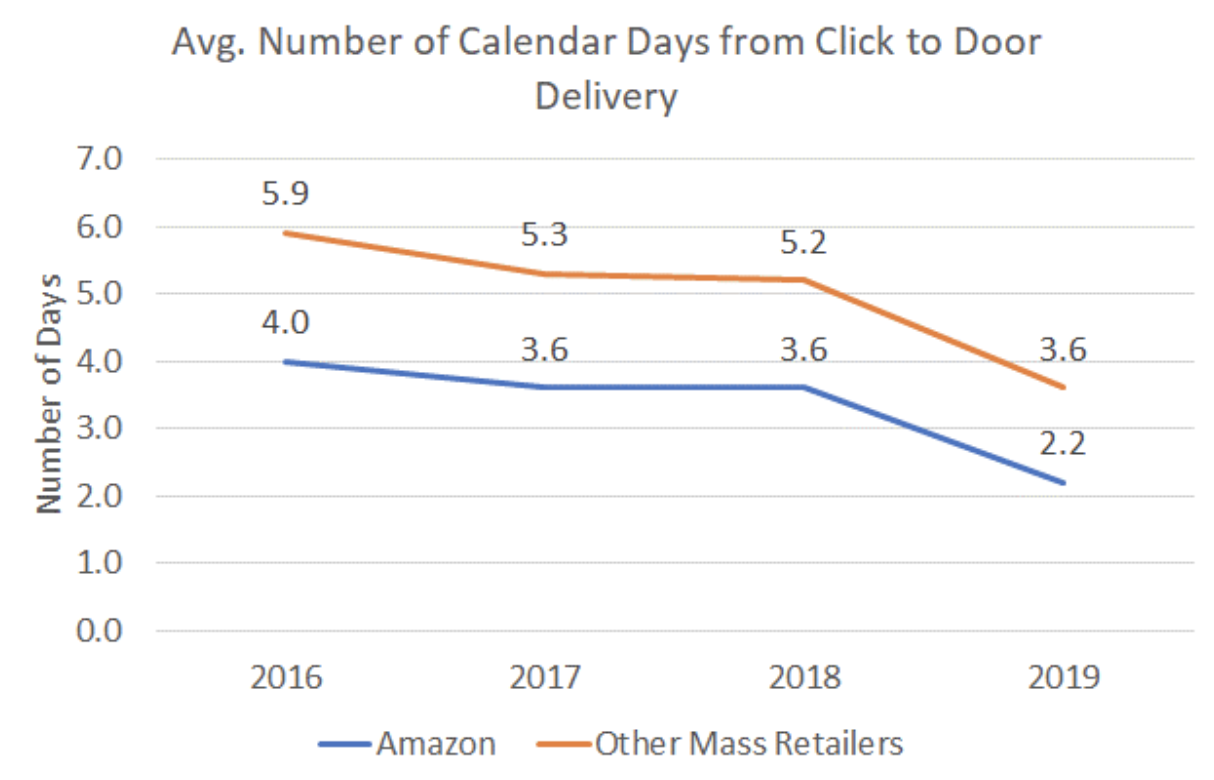 How Does Amazon Achieve These Speeds?

Last mile is the most expensive share of delivery costs for retailers, accounting for 53% of total delivery costs. Amazon has been fortunate to utilize massive profit margins from AWS to subsidize investments in their shipping infrastructure. In 2020, Amazon added 299 new warehouses to reach a total of 800 warehouses nationwide.

Despite spending over $60B in 2020 on shipping costs, Amazon has reached economies of scale and is now generating billions of dollars in profit margins from their ecommerce business while still investing in their infrastructure to reach same-day delivery in urban areas and expanding the percentages of packages it delivers with its own fleet.

Packages tend to be shipped or sorted from large distribution centers centralized in major cities, then picked up by smaller trucks for the last mile delivery. As Amazon began handling last mile from their larger sorting centers, they realized how difficult it is to have control over localized markets.

Managers need to be on the ground to help with localized issues such as drivers not showing up to work, flat tires, road closures, inability to enter an apartment complex, etc. Amazon’s solution to this was the Delivery Service Partner (DSP) program.

Around 2014 Amazon launched the first generation of DSPs, which were contracts with large regional and nationwide couriers that own their own branded fleet of vans to handle last mile delivery from distribution hubs.

The benefit of the DSPs was Amazon could rely on a network that was familiar with all the localized problems as well as nuances around staffing. Over the next few years, Amazon found that they were too concentrated with their last mile delivery partners. This made them too reliant on the performance of one entity, they did not have leverage on rate / pricing negotiations, it was easier for large scale company drivers to unionize, and there was a lack of quality control.

To solve these issues, Amazon launched their DSP 2.0 program which creates more fragmentation in the last mile delivery. In this updated DSP program, Amazon assists in the launch of smaller DSPs through the leasing of branded Amazon vans, hiring and payroll resources, back-office software tools for scheduling, and driver support.

Amazon now caps total vans at 30-40 per contractor, avoiding all the partner concentration issues from the DSP 1.0 model. Amazon also launched their proprietary Mentor app that tracks numerous data points on drivers to monitor safety and delivery speed, giving them more quality control at the corporate level. There are currently 2,500 DSPs and 158K workers with a shortage of DSP contractors in nearly every major city. 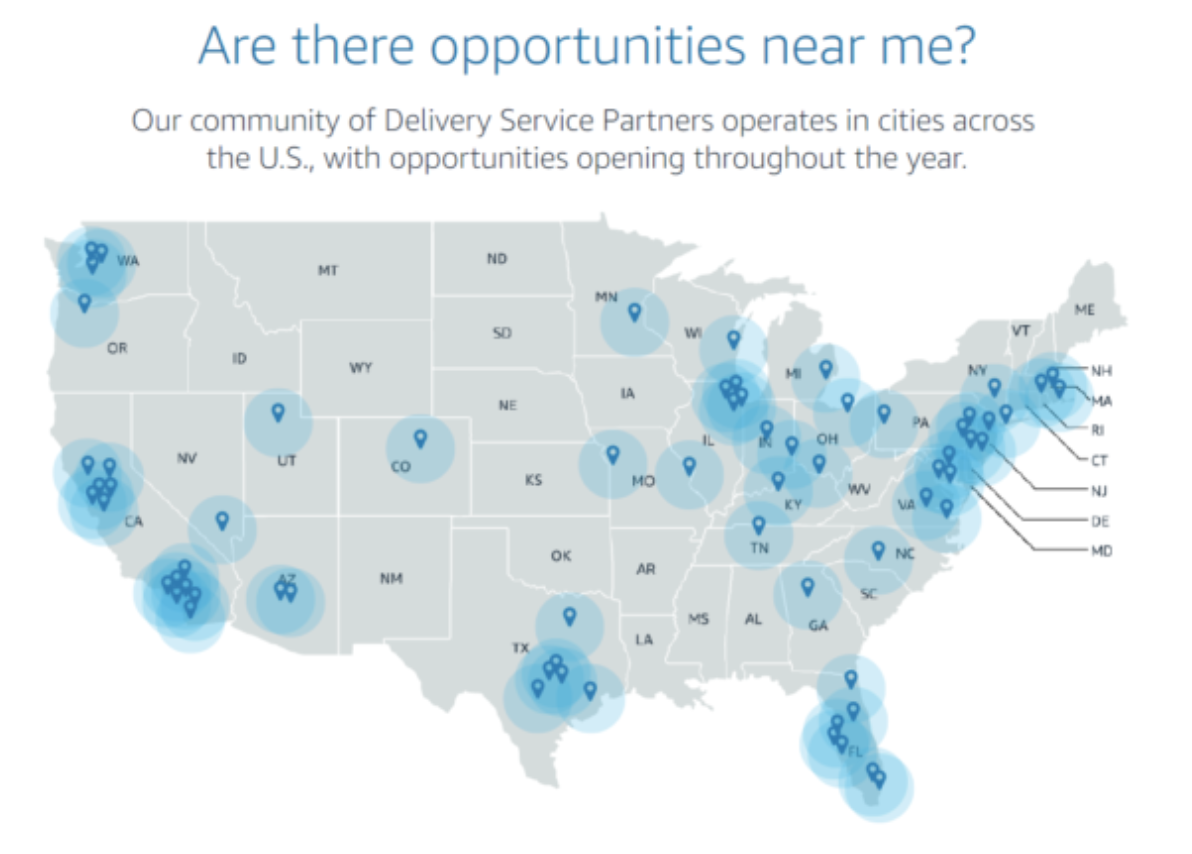 This DSP model will continue to expand and is being adopted by other retail giants such as Walmart. As Amazon continues to be the leader in shipping speeds, other retailers will need to evolve to match consumer shipping speed expectations as 46% of consumers will abandon shopping carts online as a result of shipping times that were too long or not provided.