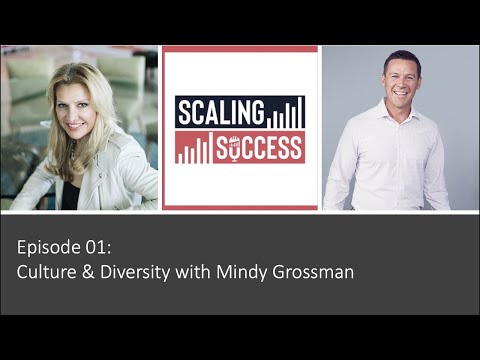 In his new podcast, Scaling Success, Sean Cantwell  discusses a wide range of topics that contribute to building a valuable and long-lasting enterprise.

One of Fast Company’s most creative people in business and Fortune’s Business Person of the Year, Mindy is a high energy, disruptive leader with over 30 years of experience in building and transforming consumer brands. In July of 2017, Mindy joined WW, formerly Weight Watchers, as president and CEO. In this role, Mindy leads thousands of employees in 10 markets to serve the millions of members around the world. Previously, she held senior executive roles, including CEO of HSN and CEO of IAC Retail. She also served as a global vice presidents president at Nike, where she oversaw its four billion dollar apparel business and served as co-chair of Nike’s Women’s Leadership Council. Earlier in her career, Mindy served as president and CEO of Polo Jeans Company and held senior positions at Tommy Hilfiger and Oxford Industries. Mindy has received many accolades throughout her career, including PR week’s top 50 Health Influencers, Time magazine’s 50 most influential people in health care, and Forbes magazines, the one hundred most powerful women. In addition, many serves as a member of the Capital Strategic Advisory Board.